Posted on May 14, 2012 by Arab American Encyclopedia-USA - Hasan Yahya 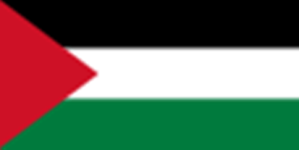 The literature on Palestinian historical personalities shows that Ghassan Fayiz Kanafani was born in the same year where the first Palestinian Uprising took place in 1936. And died far from his birthplace, in 1972. He was born in Mandatory Palestine. The son of a Sunni Muslim middle-class lawyer, he attended French missionary schools until forced into exile during the 1948 Palestine war.

After a brief stay in Lebanon, his family eventually settled in Damascus, where Kanafani completed his secondary education and received a United Nations Relief and Works Agency for Palestine Refugees in the Near East (UNRWA) teaching certificate in 1952. That same year he enrolled in the Department of Arabic Literature at the University of Damascus but was expelled in 1955 as a result of his involvement in the pan-Arabist Movement of Arab Nationalists (MAN), to which he had been recruited by Dr. George Habash when the two met in 1953. His thesis, “Race and Religion in Zionist Literature,” formed the basis for his 1967 study On Zionist Literature.

In 1955 Kanafani left Syria for a teaching position in Kuwait, and the following year he became editor of the MAN newspaper al-Ra’i (Opinion), until Habash persuaded him to move to Beirut and join the staff of MAN’s official mouthpiece al-Huriyya (Freedom) in 1960. While in Kuwait, Kanafani also wrote the first of numerous short stories and began to take a serious interest in Marxism. Forced underground in 1962 because he lacked official papers, Kanafani reemerged the following year as editor in chief of the new progressive Nasirite newspaper al-Muharrir (The Liberator) and editor of its weekly supplement, Filastin (Palestine). In 1963 he also published his first and best-known novel, Men in the Sun, which has since been translated into numerous languages and made into several screenplays.
Kanafani’s prolific literary output, highly acclaimed for its innovative techniques, social consciousness, and fluent understanding of the Palestinian condition, won him the Lebanese Literature Prize (awarded for the novella All That’s Left to You) in 1966 and, posthumously, the Afro-Asian Writers’ Conference Lotus Prize in 1975. An important figure in modern Arab fiction, he also introduced the concept of “resistance literature” in two studies in Palestinian Literature under Israeli occupation published in 1966 and 1968. In 1967, Kanafani joined the editorial board of the Nasirite newspaper al-Anwar (Illumination); he served as editor-in-chief of its weekly magazine and wrote widely read opinion pieces for the magazine as well. That year he also participated in the founding of the Popular Front for the Liberation of Palestine (PFLP), which emerged as the radical Marxist Palestinian branch of the defunct MAN.

Elected to its politburo and appointed its official spokesman, Kanafani in July 1969 resigned from al-Anwar to establish and edit the PFLP’s weekly organ, al-Hadaf (The target). Before the year was out, he published two more novellas, Return to Haifa and Sa’ad’s Mother: He also began work on a third novella and completed a short story.

Along with Habash, with whom he was on close terms, Kanafani had made the transition from Nasirite pan-Arabism to revolutionary Palestinian nationalism. As the PFLP spokesperson and an author of its 1969 August Program, he continuously demonstrated his deep commitment to the Palestinian struggle.

On July 9, 1972, several weeks after the PFLP claimed responsibility for an attack by three Japanese Red army gunmen at Lod Airport that left twenty-six dead, Kanafani, age thirty-six, and a young niece were killed by a bomb planted in his car by the Israeli Mossad. Shortly after his death his only historical study, The 1936-1939 Revolution in Palestine, examining the popular rebellion that began the month he was born, appeared. Several novels, one begun in 1966, were never finished.

In death, Kanafani was immortalized by his people. His birthday, April 9, has inspired a national event during which Palestinians celebrate his life and work (in the Occupied Territories with strikes and demonstrations), and his face has adorned every issue of al-Hadaf since his assassination. His Danish wife, Anni Hoover, has remained with their two children in Beirut, where she is involved with the Ghassan Kanafani Cultural Foundation.

In short, Ghassan Kanafani was above all a product of his times. His journalism and fiction skillfully narrate the tribulations and aspiration of his people and generation.

Anni Kanafani his wife narrated this story in the day of his assassination by Israeli Mossad. She wrote:

On the morning of the assassination we all sat longer than usual drinking our Turkish coffee on the balcony. As always Ghassan had many things to talk about, and we were always ready to listen. That morning he was telling us about his comrades in the PFLP (Popular Front for the Liberation of Palestine) and then him and his sister Fayzeh began to talk about their childhood in Palestine…

Before leaving for his office, he fixed the electric train for our son Fayez and his two cousins. The three of them were playing inside the house that morning. Lames, Ghassan’s niece, was to go down-town with her uncle for the first time since she had arrived from Kuwait with her mother and brothers one week before; she was going to visit her cousins in Beirut – she never got there. Two minutes after Ghassan and Lamees had kissed us good-bye there was a dreadful explosion.

All the windows in the house were blown out. I ran down, only to find the burning remains of our small car. We found Lamees a few meters away, Ghassan wasn’t there. I called his name – then I discovered his left leg. I stood paralyzed, while Fayez knocked his head against the wall and our daughter Laila cried again and again: ‘Baba, Baba…’

Still I had a small hope that maybe he was only seriously injured… They found him in the valley beside our house and took him away – I had no chance to see him again.

Usamah sat beside the body of his dead sister, telling her, ‘Don’t worry, Lamees, you’ll be all right and you’ll teach me English again, like before…’

In the evening our little Laila told me: ‘Mama, I asked Baba to take me in the car and buy chocolate, but he was busy and gave me a bar he had in his pocket. Then he kissed me and told me to go home. I sat on the steps of our house to eat the chocolate, and then there was a big bang. But Mama, it wasn’t his fault – the Israelis put the bomb in Baba’s car.

In commemoration of Kanafani’s occasion of the 30th anniversary of his death and his young niece Lamees, commemorations were held in Lebanon, Jordan, Syria, Palestine and other countries during the month of July, 2003. Writers, journalists and other personalities from several Arab countries, as well as representatives from GKCF and Ghassan’s family, contributed to his memory through exhibitions, lectures, articles and studies about him as a writer, journalist, artist, patriot and as a person.

In Beirut, the commemoration was organized as a cultural event at the UNESCO Palace, where the Lebanese Minister of Culture opened an art exhibition with more than 200 paintings and other works of art by children from the GKCF. Songs and poems about Palestine and the Intifada were performed by well known singers, and some of Kanafani’s short stories were read aloud for an audience of more than 1000 persons.

Furthermore, two of Ghassan’ s book for children, The Small Lantern, which he wrote and illustrated for his niece Lamees on her 9th birthday, and the short story collection Palestine’s Children, were presented to children in the Arab world through the publications of some of the leading Arab newspapers.

*** The writer is a former professor of sociology.