The United States One Sided Media : A Survey of 4 newspapers and USA / Part 3 of 4

The United States One Sided Media  : A Survey of  4 newspapers and USA Today. – Part Three of Four

Hasan A. Yahya, Professor of Sociology 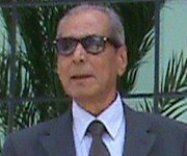 Prof. Hasan Yahya: The World Record Breaker of writing and publishing his 185 plus books in the last 4 years (78 bks in 2012. http://www.hasanyahya.com .

This is part three of the survey published by The Electronic Intifada  about media bias in the United States. And came to the conclusion that Arabs and Muslims have a long way to go in America! The survey titled: Israeli and Palestinian voices on the US op-ed pages, made by Patrick O’Connor, Palestine Media Watch, 13 March 2006. In this part we will cover the five media newspapers including USAToday.

Not surprisingly, most of the Journal’s writers are from the American and Israeli right. On the rare occasions when Palestinians are allowed to speak, they are “pragmatists” like Mahmoud Abbas and Khalil Shikaki who use language that is very acceptable to Israelis and Americans.

The New York Times also has the highest for the percentage of all writers on Israel/Palestine who were Israeli, 47%. The Wall Street Journal was the next highest with 34% Israeli writers.
The Times most frequent op-ed writers are Israeli left-wing politician Yossi Beilin (seven), former US negotiator Dennis Ross (six), former US negotiator Martin Indyk (five), former US negotiator Robert Malley (four), former Israeli politician Ehud Barak (four), Israeli writers David Grossman and Amos Oz (four each), and Israeli professor David Newman (four). The Times also published Israeli politicians Benjamin Netanyahu, Dore Gold, Ephraim Sneh, Shimon Peres and Ariel Sharon.
Thus The Times specializes in propagating the views of failed US negotiators like Ross and Indyk, and center and left of center Israelis (left within an Israeli political spectrum that is quite right). Still, Israelis like Grossman, Oz and Newman have little to no contact with the Palestinians that The Times may perhaps believe they are speaking for.

Palestinian/American negotiator Michael Tarazi (one), US academic Noam Chomsky (one) and US negotiator Robert Malley (four) are the only writers who have been allowed by the Times to stray slightly outside the mainstream discourse accepted in the US, with Tarazi suggesting a single, democratic state as the only remaining, viable solution. Yasser Arafat and Saeb Erekat were also published once each in The Times in 2002.

The Los Angeles Times published 272 op-eds on Israel/ Palestine, the largest number during the Second Intifada. 77 were written by Israelis and 33 by Palestinians, for an average of 2.3 Israeli writers for each Palestinian writer. The LA Times also publishes a Sunday “Current” section which includes opinion pieces which were classified separately and not included in these summary statistics. Only The LA Times and The Washington Post (“Outlook”) have these extended Sunday sections which are somewhat distinct from the standard daily op-eds carried in all five newspapers.

Klein Halevi’s right-wing views clearly dominated The LA Times op-ed page, though he is now published much less frequently than earlier in the intifada. Otherwise, “centrists” like Dennis Ross, Shibley Telhami, David Grossman and Daoud Kuttab are frequent contributors. In 2004-2005, The LA Times has shown more willingness than the other newspapers to broach less accepted subjects, publishing California-based Palestinian American academics George Bisharat and Saree Makdisi on issues like the right of return for Palestinian refugees and Ariel Sharon’s violent legacy, and Robert Fisk on biased US reporting on Israel/Palestine.

Located in the US’ political capital, not surprisingly the Post is dominated by politicians, negotiators, diplomatic correspondents and political pundits. Former American negotiators Dennis Ross, Robert Malley and Aaron Miller were published 14, five and three times respectively by The Post. Israeli journalists Gershom Gorenberg and Aluf Benn were published seven and six times respectively. Palestinian American Washington think tank academic Shibley Telhami was published three times, and Palestinian negotiators Michael Tarazi and Saeb Erekat twice each. “Pragmatic” Palestinian pundits Daoud Kuttab and Khalil Shikaki were published five and three times respectively. Israeli Ambassador Danny Ayalon was published twice, and Israeli politicians Dore Gold, David Ivry, Natan Sharansky, Benjamin Netanyahu, Shimon Peres, Silvan Shalom, Ehud Olmert, Yossi Beilin, Ephraim Sneh were each published once. Palestinian politicians Nabil Sha’ath and Marwan Barghouti were also each published once.
USA Today published the smallest number of op-eds on Israel/Palestine (47), and the fewest Israeli and Palestinian writers (nine). Of 47 op-eds, four were written by Israelis and five by Palestinians, a ratio of 0.8 Israeli writers for every Palestinian writer. USA Today also publishes what it titles “Opposing Views”. “Opposing Views” are written by outside writers to contrast with a USA Today editorial position. Because “Opposing Views” are unique to USA Today and are specifically intended to serve as a direct counter to a USA Today editorial view, per the suggestion of USA Today editorial staff, they were not tabulated as op-eds. USA Today published 18 “Opposing Views” on Israel/Palestine during the research period, two of which were written by Israelis and two by Palestinians.

While USA Today is the only newspaper that published slightly more Palestinian than Israeli writers, some of that balance is countered by these other repeat op-ed writers, like the members of USA Today’s Board of Contributors. Samuel Freedman is strongly pro-Israeli, and Amitai Etzioni was an Israeli citizen who fought in the Palmach for Israel’s independence in the 1940s and is quite sympathetic to Israel.

*** Note for readers: If you like this, please let other people know about it. Mobile it to friends….

You may contact the author using this site. Thank you!

Read also 400 plus articles for the Arab Palestinian Writer on