Hasan, A. Yahya, Professor of Sociology 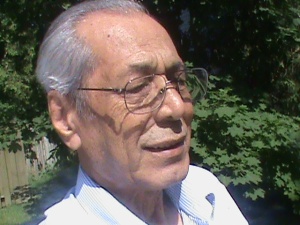 This is part four and last of the survey published by The Electronic Intifada  about media bias in the United States. And came to the conclusion that Arabs and Muslims have a long way to go in America! The survey titled: Israeli and Palestinian voices on the US op-ed pages, made by Patrick O’Connor, Palestine Media Watch, 13 March 2006. This part covers some Findings and Analysis.

For the purposes of the study, op-eds were defined as submissions by outside contributors published in the daily newspaper opinion pages. They do not include articles written by the newspapers’ regular opinion columnists. As noted, variations at The Washington Post (“Outlook”), The LA Times (“Comment”) and USA Today (“Opposing Views”) led to the classification of some articles separately from op-eds to ensure consistent, comparable data between the five newspapers.
The research period of September 29, 2000, the beginning date of the Second Palestinian Uprising or Intifada, until December 31, 2005 was chosen because it was a period of heightened worldwide and US media attention to Israel/Palestine.
The five newspapers with the greatest circulation in the US were chosen to provide a broad overview of what Americans are most likely to read, without a completely exhaustive overview. These newspapers are recognized as “opinion leaders” that both influence and reflect the views of US policymakers, media, and US public opinion.

For this study, Israeli writers included writers publicly described as Israeli citizens, including, dual US and Israeli citizens. Palestinians included Palestinians living in the OccupiedTerritories, Palestinian citizens of Israel, and Palestinians living outside of Israel/Palestine, who identify themselves as of Palestinian descent. Present or past Palestinian citizens of Israel, Azmi Bishara and Shibley Telhami, were counted twice, once as Palestinian and once as Israeli, though Telhami left Israel to become a US citizen in 1970. When it was not immediately clear if a writer might be Palestinian or Israeli, thorough Google internet searches were conducted for more background. In two cases writers responded to emails asking for clarification of their status. In the five cases where it was not possible to verify from a credible, written source if the writer was Israeli or Palestinian, the writer was classified as neither.

Op-eds on Israel/Palestine in the five US newspapers were tabulated through keyword searches on Lexis-Nexis, and/or by using the newspapers’ own on-line search engines. The key words used for searches were “Israel” and “Palestinian”. Adding the key words “Israeli” and “Gaza” did not add to the number of op-eds found. While an effort was made to restrict the search to the op-ed/opinion section rather than all articles to save work, some newspaper search engines did not permit this, or doing so was found to leave out many op-eds due to flaws in the search engines.

Op-eds were tabulated as about Israel/Palestine if they were primarily about Israel, about Palestine, or about both. When an op-ed’s focus was unclear from the op-ed summary, the full article was located and read.

While the searches for all op-eds published on Israel/Palestine by the five newspapers were exhaustive, it remains possible that some op-eds were unintentionally omitted. However, the op-eds identified in the study clearly constitute a statistically significant sample. Indeed, in conducting this study, as additional op-eds were located using more refined searches, the overall results for each newspaper and their rankings relative to one another did not change substantially.

The Wall Street Journal’s on-line search engine did not permit a search restricted only to op-ed articles. Therefore, Lexis-Nexis was used, yielding a list of 1247 articles for the research period. 105 of those were found to be op-eds on Israel/Palestine. The Wall Street Journal did not respond to three email and phone requests that they review or comment on these findings.

It was possible to restrict the search on The New York Times on-line search engine to “Editorials and Op-eds”. 2082 articles were found with the word “Israel”, 1228 articles with “Israeli”, and 3221 articles were found searching for “Palestinian”. From these, 144 op-eds on Israel/Palestine were identified. These results were subsequently confirmed using a Lexis-Nexis search for Israel and Palestinian. The New York Times acknowledged receipt of the detailed data by email, but, despite a number of requests, declined to provide feedback on the data.

Using The LA Times search engine and limiting searches to “opinion piece” or “opinion” eliminated many op-eds on Israel/Palestine and thus was not reliable. As a result, searches were conducted for all articles using the words “Israel” (8387 articles found), “Israeli” (6578 articles found) and “Palestinian” (5944 articles found). Reviewing those articles resulted in the identification of 357 opinion pieces on Israel/Palestine. 85 of those opinion pieces were published in the Sunday “Current” section, while 272 were published as daily op-eds. The LA Times acknowledged receipt of the data and discussed and reviewed some findings by phone and email.

The Washington Post: It was not possible to restrict the search on The Washington Poston-line search engine to “OP/ED” despite the presence of that filter. A search of all articles for “Israel” or “Israeli” or “Palestinian” yielded 12,551 articles. After review, 137 opinion articles on Israel/Palestine were identified. 25 of those were published in the Sunday “Outlook” section, and 112 were published on the regular, daily op-ed page. These results were confirmed through a subsequent Lexis-Nexis search. The Washington Post acknowledged receipt of the data, noted that it was interesting and valuable, but declined the opportunity provided to review the data in detail or comment.
And Finally, USA Today: It was not possible to conduct an effective search using USA Today’s on-line search engine because USA Today’s search engine only finds results for the previous six months. A Lexis-Nexis search for the words “Israeli” and “Palestinian” and “opinion” yielded 446 articles. 65 of those articles were opinion articles on Israel/Palestine. Written feedback from USA Today pointed out that a number of those articles, some of which were written by Israelis and Palestinians, were “Opposing Views” articles and should be tabulated as op-eds. On this basis, 18 of the 65 articles were eventually categorized as “Opposing Views.”

*** Note for readers: If you like this, please let other people know about it. Mobile it to friends….

You may contact the author using this site. Thank you!

Read also 400 plus articles for the Arab Palestinian Writer on