Eleven Issues trouble Muslims as follower of Islam. Islam is described as not just a religion but as a complete One”. Lack of unity of Ulama’ “Theocratic authority” of religion in giving answers (Fatawa) for social and spiritual questions these days, brings much of Muslim practices under scrutiny unless these issues interpreted in the light of social “Masalih” benefits. As far as the Ijma’ (all the Muslim communities meeting in one place) is impossible, and the door of “’Ijtihad” reasoning of a situation to give an opinion about, is closed 1000 years ago, Muslims became far away from the spirit of Islam as a religion. In so doing, Islam became different from one Muslim community or government to the other community. While all Muslims agree on certain “Ibadat” (Worhips) like prayers, giving alms, fasting, and performing pilgrimage, they differ in practice of these “Ibadat,”, especially on Shahada, (witness that God is the greatest Only One, and Muhammad is His Messenger, Some Muslims in some areas want to confess the first part of Shahada, and deny the second part concerning the Prophet (Muhammad). In other words, they accept that Allah (God) is the greatest, but no need to say that Muhammad is the Messanger of Allah, which they think it negates universality of Islam, and because there are many Prophets sent by the same God. And if Muhammad was the ONLY one to be the messenger of God, then other messengers are secondary to Muhammad. While Qur’an makes it clear that Prophets are equal, (La Nufarriqu bayna Ahadin Min Rusulihi, wa Qaalu Sami’na wa Ata’na, Ghufranaka Rabbana wa ‘Ilayka al-Massir” simply meaning: We do not separate the Prophets in rank, they all said, We heard God and Obeyed, O God, grant us Your blessing and forgiveness, and we all are going back to You” Because Allah sent others in the same message as well as He sent Muhammad. In terms of Muslim sects, Sunni is different from Shi’a in belief and practice in many ways, some Sunni sects in many areas as I observed personally in many Middle Eastern countries, consider Shi’a as disbelievers (mostly Iranian non-Arab) which constitute 5% to 7% of Muslims worldwide, and live mostly in Iraq, Iran, and Pakistan. The accusation come in return from Shi’a to Sunni sects.

I will not get into legality of these disputes among Muslims, because the issues under study are different where beliefs are mixed with doubt of legality and illegality “Halal and Hram” among Muslims these days, where certain issues are practiced differently in the Arab and Muslim world and invite criticism of Muslim and non-Muslim intellectuals and free thinkers. These issues are: 1) the meaning of Islam, 2) the belief in non-proved stories of Prophets and religious events which cannot be scientifically proved, 3) the laws of gender equality, 4) superiority of men over women, 5) wife battering, 6) men beat women, 7) polygamy, and men having concubines, 8) divorce rights, 9) equal legal testimony, 10) inheritance inequality issues, and finally, 11) women being less intelligent than men.

In all religions, including Islam, people cannot think independently and submit their intelligence and their will to someone else at the same time. A prerequisite of freethinking and rational thinking is doubt. While belief is the antithesis to doubt.

One point I want to make at this stage is that Quran does not prohibit men or women from entering each other’s territory, e.g. it is not forbidden upon women to work and earn, neither it is for men to participate in the domestic activities, however, they should not sacrifice or hurt their prime responsibilities while doing so, and they should remain the owners/managers/supervisors of their individual areas of responsibility as well, for better focus, effective execution and also fair/clearer accountability. Pardon me for not being able to continue any further as its already quite late. I shall try to discuss the rest of the topics pretty soon ; the remaining topics are more straightforward and will not require much probe into the translation of different words; Many of those understandings are in direct contradiction with Quran in my opinion.

<!– google_ad_client = “pub-6254916237007897”; google_hints = “Education,Issues Trouble Followers of Islam, Allah, Quran, S”; google_ad_width = 200; google_ad_height = 90; google_ad_format = “200x90_0ads_al”; google_ad_channel =”8182885728″; google_color_border = “FFFFFF”; google_color_bg = “FFFFFF”; google_color_link = “0000FF”; google_color_url = “000000”; google_color_text = “000000”; //–> window.google_render_ad(); 9. Women are less intelligent than men: “Narrated Abu Said Al-Khudri: Once Allah’s apostle went out to the Musalla (to offer the prayer) of Id-al-Adha or Al-Fitr prayer. Then he passed by the women and said, “O women! Give alms, as I have seen that the majority of the dwellers of Hell-fire were you (women).” They asked, “Why is it so, O Allah’s apostle?” He replied, “You curse frequently are ungrateful to your husbands. I have not seen anyone more deficient in intelligence and religion than you. A cautious sensible man could be led astray by some of you”. The women asked, “O Allah’s apostle! What is deficient in our intelligence and religion?” He said, is not the evidence of two women equal to the witness of one man?” They replied in the affirmative. He said, “This is the deficiency in your intelligence. Isn’t it true that a woman can neither pray nor fast during her menses?” The women replied in the affirmative. He said: “This is the deficiency in your religion.” (Bukhari, volume 1, #301, and vol. 3, #826: )

11. Men Rule Women and Manage their Family Affairs: as indicated in 4:34. It is the role of a man as ‘qawwam’ or manager. In the Hans-Wehr Arabic-English Dictionary, p .800: ‘Qawwam’ means: manager, director, superintendent, caretaker, keeper, custodian, guardian”. Islamic men do indeed manage their women. there is another part of 4:34…. “Men have authority over women because God has made the one superior to the other, and because they spend their wealth to maintain them. Good women are obedient………Then if they (the women) obey you (the men), take no further action against them.” In today’s world how will you implement this rule.Dear Islamists… I need to be educated on this issue. 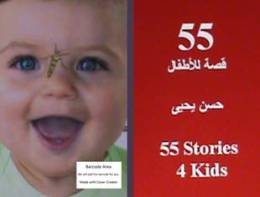